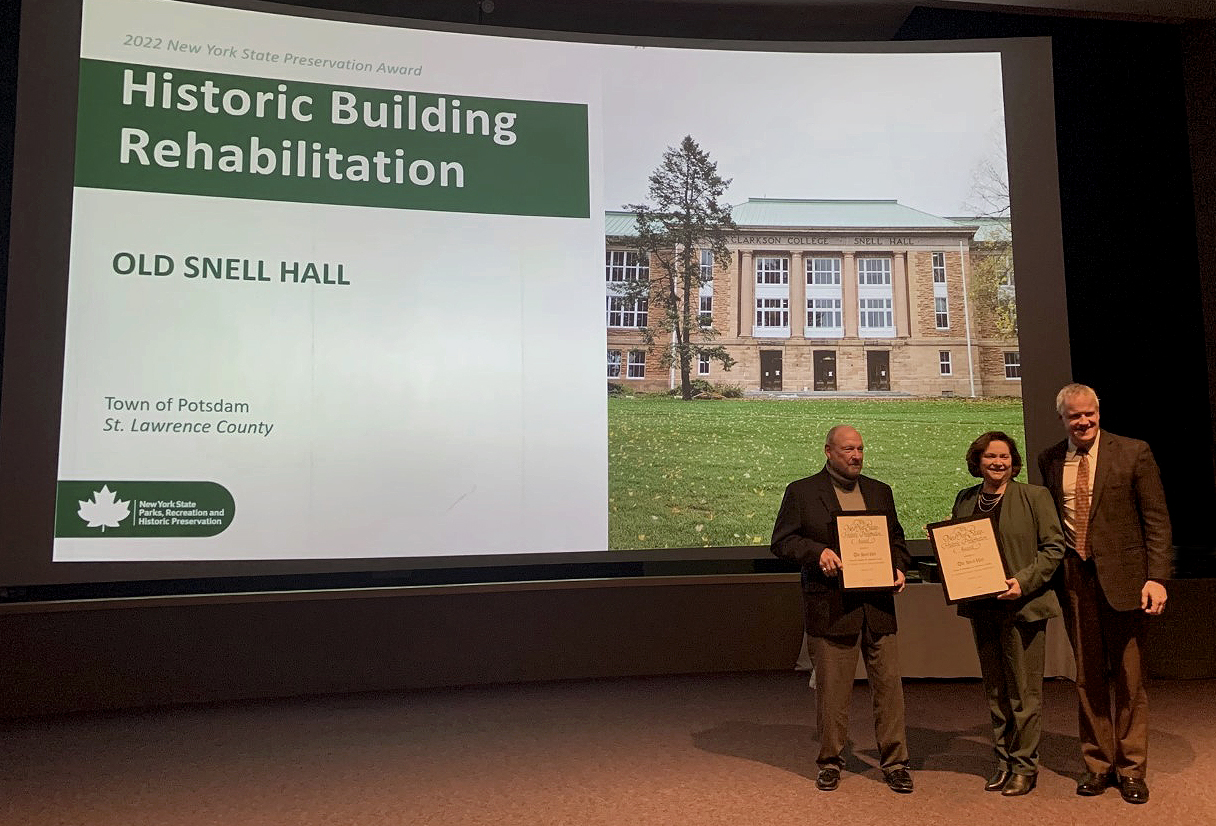 On December 8th at a ceremony in Albany, NY the Vecino Group was awarded a 2022 New York State Preservation Award for its work on Old Snell Hall in downtown Potsdam, NY.

The national affordable and supportive housing developer, along with partners the Village of Potsdam and Clarkson University, spent more than four years rescuing the 103 year old former campus building to redevelop and serve its community as affordable housing and arts-driven programming.

“It was clear from our very first discussion how important of a fixture Old Snell was—and is—for Potsdam,” said Rick Manzardo, President of the Vecino Group, “but also how much more it could offer the community.”

This award underscores the importance preservation through redevelopment toward serving a greater community need – and is the very heart of the Vecino Group mission.  Now operating as The Quarry—named for the famous, locally-sourced sandstone used as its structure—the newly renovated building provides 59 apartments for people living at or below 70% of the area’s median income as well as a library, a community room and fitness center. The first floor provides community connection via flexible programming areas for Clarkson University as well as additional community-centered spaces such as a gallery, art studios and the completely restored auditorium.

“Developments like this wouldn’t have been possible without the support of the entire community: the Village of Potsdam, Clarkson University as well as Saint Lawrence County and State partnerships,” said Holzman.

Manzardo agrees. “Partnerships make the difference. We thank the State Historic Preservation Office for this honor and share it with all of Potsdam. To bring back this historic building and see the continued success of the residents of Potsdam is truly what makes the effort worthwhile.”