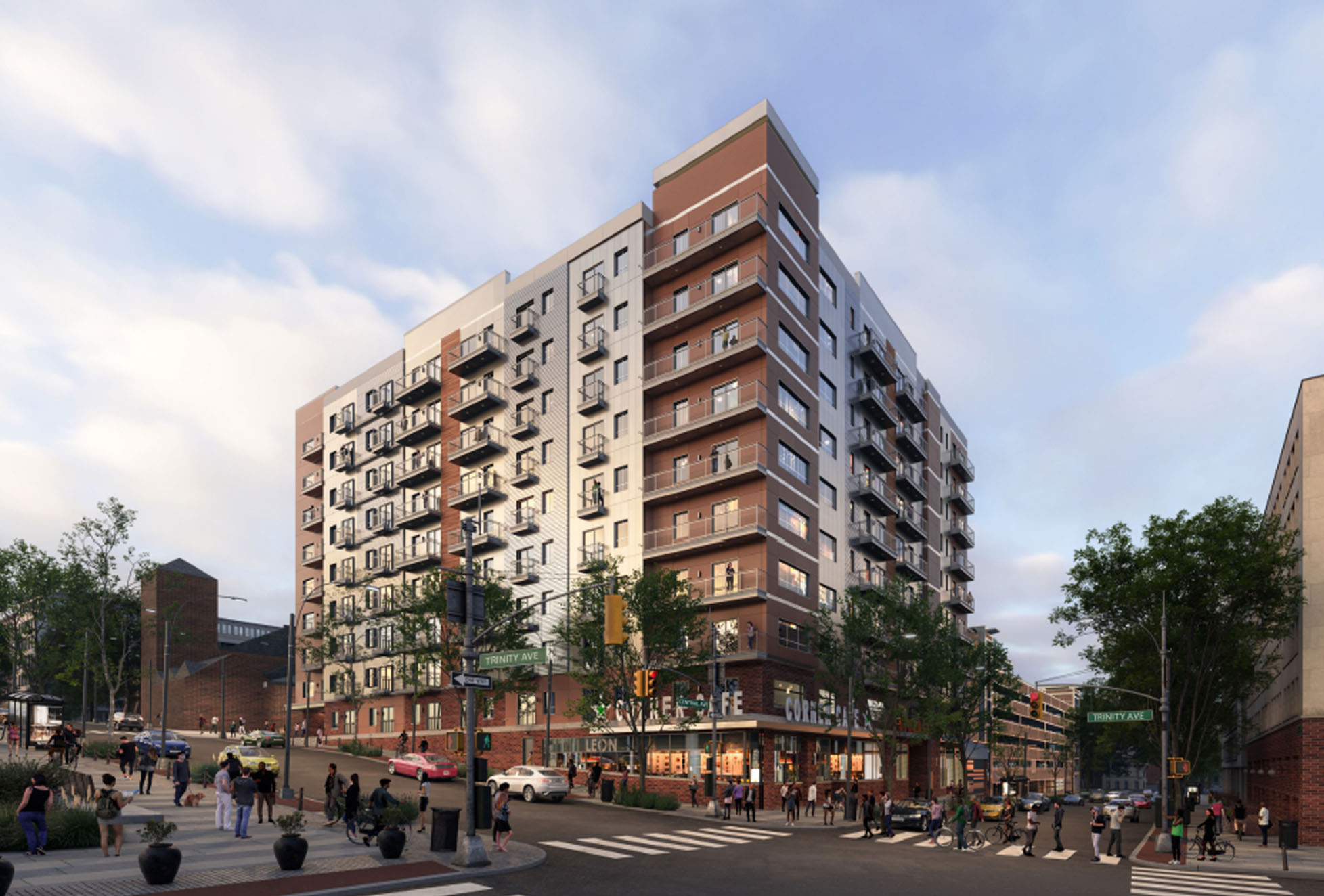 The Invest Atlanta Board voted at its meeting on December 16, 2021, to approve a proposal for the development of city-owned land at 104 Trinity Ave., SW, the corner of Trinity and Central Avenue directly across from City Hall. The project will be led by Vecino Group Southeast—a division of national affordable housing developer Vecino Group, who have delivered more than 3000 units of transformative development across 13 states. Vecino Group Southeast is led by veteran affordable housing developer, Sharon D. Guest. “Trinity Redevelopment will require considerable dedication and diligence.  We have a great team and great partners in Invest Atlanta and the City of Atlanta and are extremely excited for the opportunity to provide affordable housing to downtown Atlanta.” said Guest.

Vecino will enter a joint venture with Capitol Hill Neighborhood Development Corporation (CHNDC), a neighborhood-based non-profit made up of the three churches in the downtown area—Central Presbyterian, the Shrine of the Immaculate Conception, and Trinity United Methodist Church.  CHNDC has been active in the Capitol Hill area for nearly 30 years. Jerry Miller, president of CHNDC, noted, “We are fortunate to have Vecino as a partner on this visionary landmark project.  They bring a unique combination of creativity and financial strength to community-based affordable housing developments across the country.”

CHNDC designed and built the parking deck for the city in 2006 envisioning this corner site to be available for housing. Mayor Keisha Lance Bottoms deployed the site for affordable housing in her pursuit of her goal of creating 20,000 units of affordable housing after a park was proposed by the previous administration.

Built on the adjoining .84 acres, Trinity Central Flats—as the development will be known—is a ten-story building that will include 216 units, 85% of which will be affordable for residents at an average 60% area median income. The 7,500 sq. ft. of storefront commercial space for coffee, café, and other sundries will fill a void in services to employees at City Hall, the Atlanta Board of Education, and other offices in the area. Surrounding its 5,500 sq. ft. highly landscaped courtyard will be 3,700 sq. ft. devoted to community-oriented incubator, co-working space, and meeting space.

The design firm, SSOE/Stevens & Wilkinson, who also designed the parking deck for CHNDC, has incorporated a 65,000 sq. ft. canopy over the parking deck that will support the largest solar array (30,000 sq. ft.) associated with a multi-family project in the state of Georgia. It will also provide room for 18,000 sq. ft. of rooftop urban garden. Winter/Johnson Construction, Inc. provided pre-development construction services.

Being within walking distance to two MARTA stations and adjacent to the City’s 850-car parking deck, the project will seek to reduce car-dependency through ride sharing, electric charging stations, curb side pick-up/drop-off spaces, and a robust bicycle storage and maintenance facility. This $68 million project will be financed through 4% Low Income Housing Tax Credits (LIHTC), HUD 221(d)4 financing and Housing Opportunity Bonds (HOB). The developers estimate that tax credit equity will cover approximately 60% of total costs. Invest Atlanta, the City of Atlanta’s development authority, will enter a 99-year ground lease to support the project’s affordability.